Is an EasyBuild home the affordable housing solution you’ve been looking for?

This article was originally published on newshub.co.nz.

A lot of things may have previously come to mind when picturing a prefabricated home – not all of them flattering. In the past, it’s often been considered a temporary housing solution, a glorified garage or an office out the back.

But one Kiwi company is aiming to change all of that, with its quality modular homes that may just be the future of housing in Aotearoa.

EasyBuild, a nationwide modular home building company, specialises in flat packed homes which can be built up to twice as fast on site as other new home options – at less cost and with no compromise on quality. 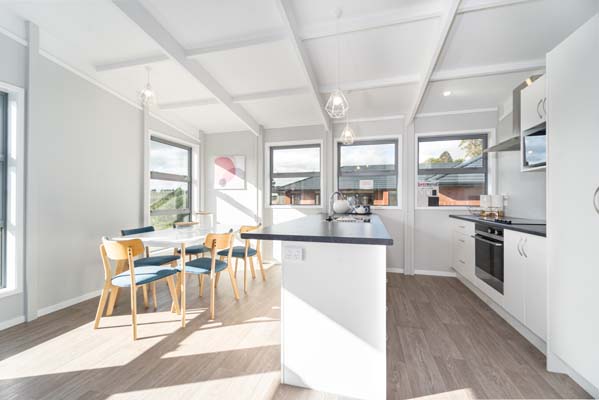 If you’ve suffered through the last damp winter in a drafty villa, or you’re stuck while looking for a first home option, these warm, dry and spacious home designs may just be the perfect solution.

EasyBuild co-founder Mike Fox certainly thinks so, and is willing to make the claim that an Easybuild home offers “the best value on the market”.

“Often, if you want to buy cheap, you end up with no more than a lined-out garage,” he told Newshub. “[But] our homes have above average energy efficiency, they’re made producing very low waste, the construction is way more solid…”

“Every time people turn up to one of our show homes they always say ‘wow, I wasn’t expecting it to be as good as this’.

“It’s the value for money aspect – there will always be something cheaper, but you’re not getting the same quality, warm, environmentally friendly home – for your money.” 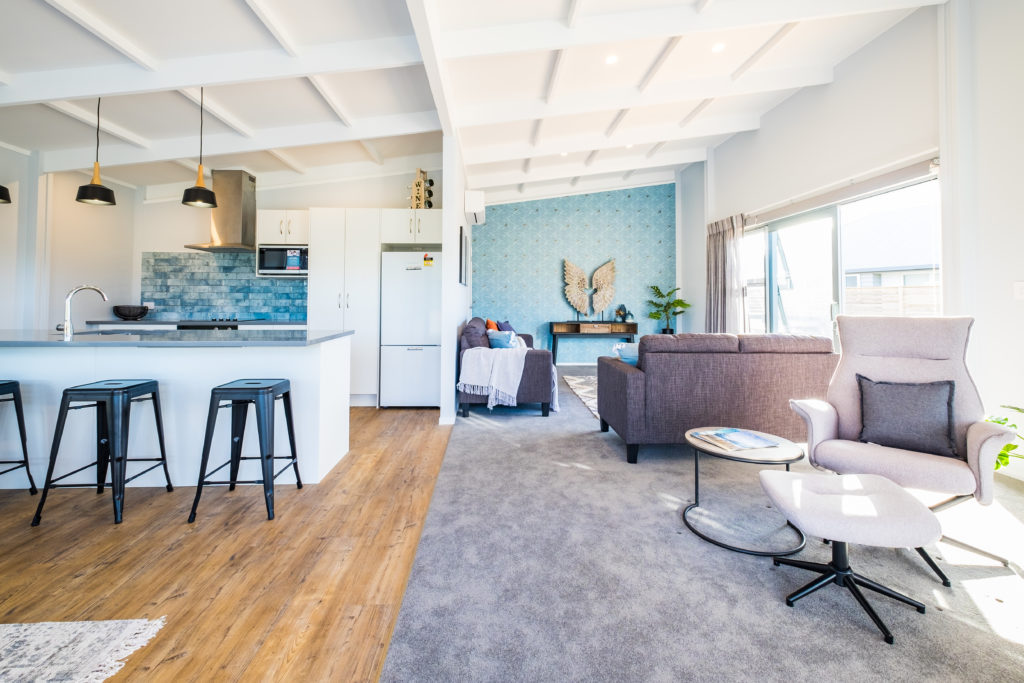 The numbers back up the claims. According to EasyBuild data, their homes are more than twice as airtight compared to conventional builds, with less than three air changes per hour, compared to 6-10 per hour in conventionally built new homes – all translating to more money in your pocket with lower bills for heating and cooling your home.

To make it even better, building waste is reduced by two thirds, and each build is extra weathertight with a rigid air barrier and ventilated cavity – all features you don’t commonly find in comparable homes.

If you’re unsure about how an EasyBuild home works, Newshub previously wrote about the ‘flatpack‘ designs. Basically, if you can walk to a section, one of the company’s modern, modular home designs can be built on it. 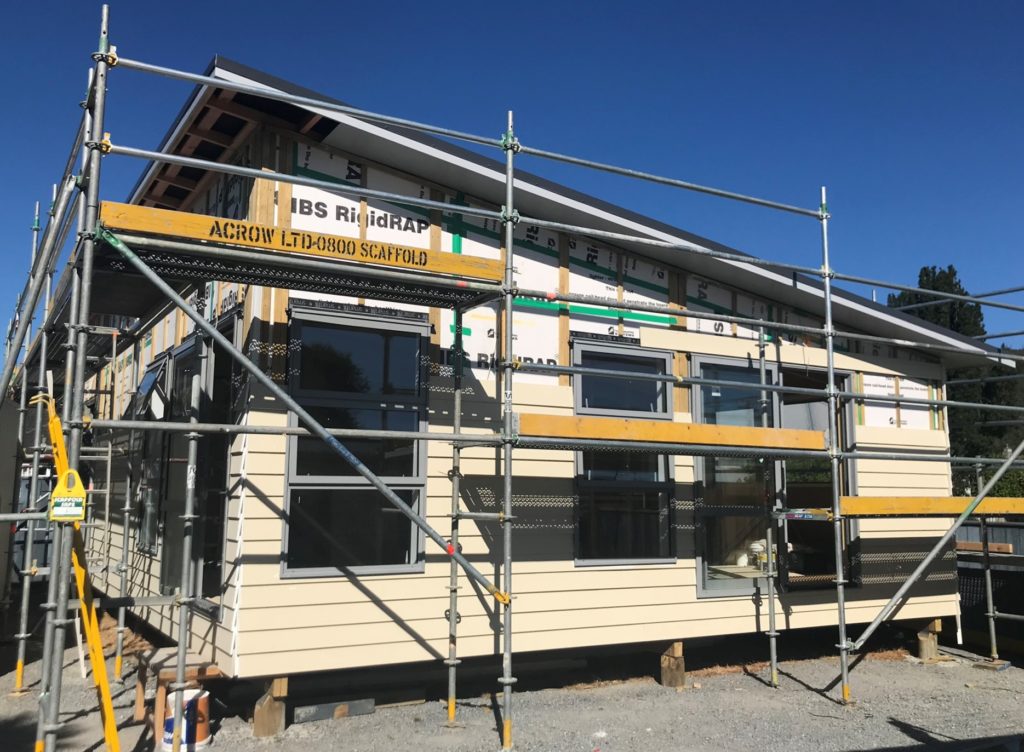 In what will be another huge surprise to anyone who’s ever built a home, the on-site building process only takes around 12 weeks – meaning you’re saving time and money across the entire build, including rent and finance, labour costs and more.

That’s basically The Block speed – just without the stress, fights and cameras waking you up each morning.

So who’s the best fit for the novel housing solution? Just about anyone it would seem -– their wide range of light and spacious designs means there’s something for everyone. But Fox says a major portion of their clientele is especially those looking for first homes, or looking to downsize.

If you don’t mind living a stone’s throw from mum and dad – great for laundry purposes – Fox says they’re seeing a surge of first home buyers building on larger family sections after previously being locked out of the market because prices are too high. 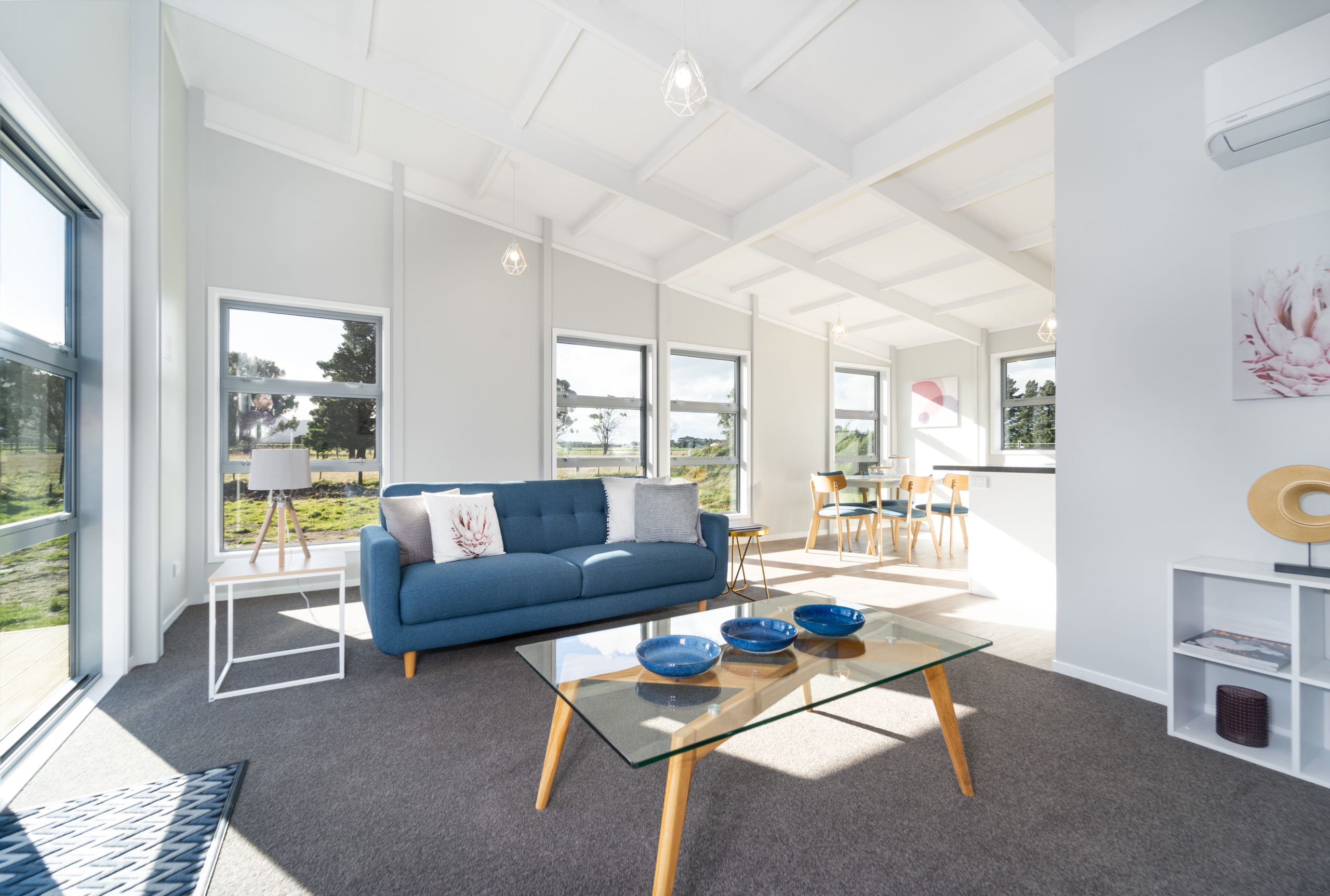 “A really big thing we’re seeing is families using their assets if they’re on a large section, by subdividing and building another house on the back for their adult kids to move in to,” he explained.

“Or they’re also great for people wanting to downsize and move into a warmer, drier home. Baby boomers are a big portion of our market – especially people who are retiring – because they’re warm, low maintenance homes.”

If it all sounds too good to be true, the EasyBuild team recommends you get along to one of their show homes to see for yourself – before getting out of your cold damp home quick smart, and into something warm, environmentally friendly and energy-efficient – without breaking the bank.